Debbie Hayton has fully medically transitioned and yet insists on referring to transgender women as men. Unsurprisingly, this has raised the ire of fellow trans people who have enough trouble without getting heat from one of their own.

Anne Lawrence who famously sided with Ray Blanchard's toxic theorizing was one such acolyte who decided to take a self depricating view of her own malaise of AGP which paints male to female gynephilic transsexuals as mentally ill men with misdirected sexuality.

You can well imagine that right wingers love such characters and Walt Heyer is still trotted onto YouTube channels who thrive on attacking trans people for daring to exist. The indignation of some people is such a driving force that they must go out of their way to make sure we are miserable.

If we study the topic seriously, we know that both gender and sexuality are complicated affairs and not nearly as black and white as they seem. Despite this, some people seem to be virulently offended by what some trans people decide to do with their bodies. By also having some of our own feed into the ignorance of the right wing with their self depricating theories, it doesn't do anyone any favors; not us or the deeply ignorant themselves who seem to love feasting gratuitously on malice. 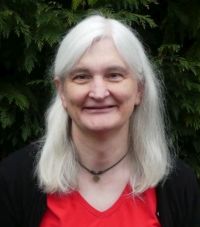