As you might already have gathered, I don't write just for trans people because the struggle with being different is a universal one. Anyone who has ever felt part of the minority can relate and access those same feelings that leave them in any way being isolated.

Most of the people who comment or write to me are trans but over the years there have been people who have thanked me for my candor and how they could understand the struggle even if they could not share in the experience of what it feels to be transgender.

Sometimes I share videos here of those who struggle much more than we do to put things into perspective because it's a relative thing to suffer. Being paralyzed or living with other handicaps is much more severe and yet many of these people find a way to adapt and even excel specifically because they need to work that much harder.

That reality has not been lost on me and I draw inspiration from those who cope with much more load than I have in my life. From that vantage point, gender dysphoria is hardly the worst thing that could befall you. 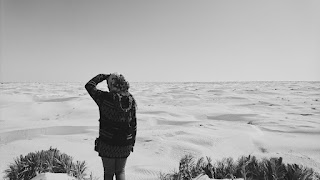