I find both crossdressers and drag queens to be equally fascinating. Both generally devoid of gender dysphoria, they can immerse temporarily into a side of themselves and then safely put the woman away until the next time. In one sense I see them as two sides of the same coin with sexual orientation being the main differentiator. Another important element is that the drag queen regales in the role more as homage and performance art whereas there are often sexual overtones for many crossdressers. Neither plans to transition or has seriously considered it (unless mistakenly self identified) and both have a fascination particularly with the accoutrements of the feminine albeit the drag queen taking it to a more exaggerated form (although not always historically the case as witnessed by Laverne Cummings below).

Adding healthy doses of gender dysphoria to either tends to respectively produce gynephilic or androphilic transsexualism.

What I ask myself is this: if all people possess a mixture of both masculine and feminine qualities what produces these particular variants and what is the tipping point into feeling they are trans?

I question knowing fully well I likely won't have an answer in my lifetime. 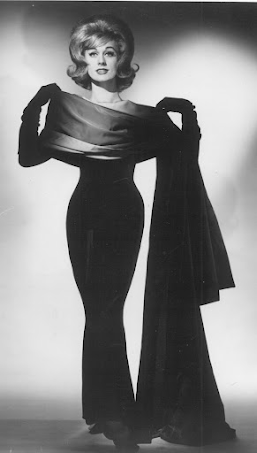