The use of new terms like gender fluid, non-binary, agender, gender non-conforming, bi-gender, etc. have confused those for whom birth sex and gender identity perfectly align. While for them it all may seem ridiculous (particularly if they are older and born in the 20th century), the reality is that this new developing lexicon speaks to the reality of a spectrum. So, as we awkwardly try and find language for how people feel and identify, we are going to hit bumps along the way.

Interestingly, the people we used to refer to as transsexual reside within the binary only in reverse. But the reality is that they form the minority of a trans umbrella which has perhaps been overly stretched beyond recognition. Yes, its clumsy and some people are getting their panties in a bunch over it but what this all signifies to me is that the static and monolithic binary never truly existed and in a brave new atmosphere some are trying to define themselves with how they feel rather than how they were instructed that they should.

We’ll get there eventually. 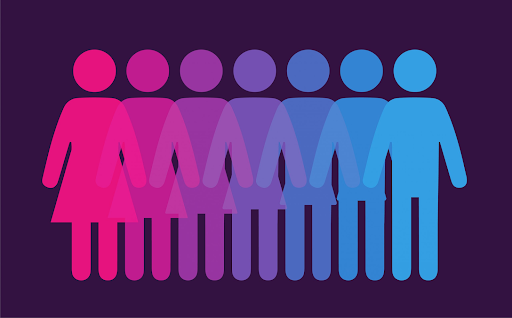