Many white Obama voters ended up voting for Trump. After all, they were promised change and somehow their lives had not improved; hence they rejected the same neoliberal policies that Clinton would have continued and hedged their bets. Many of them may not have understood that global free trade policies begun in the early 90's were largely responsible for their woes.

Outsourced jobs and stagnating wages had shrunk the middle class to a new working poor as personal financial stability waned. Now that rich stockholders could increase profits through corporations which largely operated in poorer countries, their own country's population was falling behind. While realizing something was wrong, many citizens could not put their finger on the problem.

When I watch Trumpists being interviewed by the media it breaks my heart because so many don't have a clue as to what is going on. Not only are their depictions of him as an honest broker misguided, but they attribute him with savior status; they see him as someone sent from above to rescue them. This is hardly humorous and speaks to the power of delusion in people. It also speaks to the malevolence of a ruling class that has let this go on as long for as it has. 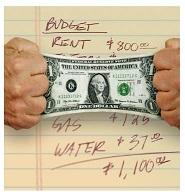