As far as you allow it

I suspect that most people don’t expend nearly the kind of energy that trans people do worrying about what others see. I could make light of it and call it an occupational hazard if it weren’t quite so stressful and frightening. Over time, most of us burn that off but that often depends on how many years of experience you have out in the world. For example, there are older trans people who still live vicariously by taking late night drives or pumping gas as their own versions of pushing the envelope. Some have never the left their homes for countless possible reasons I would not be able to elaborate here. We have all been there at some point.

What is interesting is that what we think people see includes the treacherous inner dialogue which is peppered with defeatism, and which threatens to derail our composure. If it were so easy to dispense with it wouldn’t take many of us years especially if you suppressed for more than you care to admit. All I can say is that at some point your fear of leaving this world sans testing your mettle overrides that of stepping out into the daylight: something that younger trans people today take for granted by doing so before they reach their teens.

For me it took realizing that my fear conspired against every movement and facial expression and needed to stop and, in so doing, I began to blend in a way I had never expected. Physical traits can only get you so far but internal confidence will carry you as far as you allow it to. 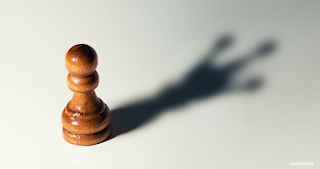