One of the recurring heavy topics for trans people continues to be amorous relationships and how to make them work. This is especially problematic for anyone over 40 who was brought up with strict gender norms which are undoubtedly forged into the psyche of both the trans person and the partner alike. What you are invariably left with is walking a tightrope of tolerance where an understanding is created leaving neither party entirely satisfied; something I know too well from lived experience of both no support and the limited variety.

There is no blame to be had here of course because accepting a trans partner at full face value is not for everyone and there should be no expectations beyond that. The scenario I most often see involves a meeting of the minds where the trans person gets some semblance of tolerance for a stake in remaining together.

Having lived alone for some years, my personal conclusion is that being genuine to your identity supersedes tepid acceptance by another, but do concede the definite advantages of couple hood (when it works); however the feeling of unease you both feel which is akin to walking on eggshells is often not all that pleasant. In the end I realized that my sense of self-worth was being weighed down by feeling like I was not meeting a standard I wasn’t pre-wired to comply with.

I have written about this issue numerous times because it carries so much weight within the trans experience and its ethos while realizing that it always leaves one with a sufficiently nebulous and unsatisfactory answer. Only be aware of the feeling on the part of a partner that you have nowhere else to go other than accept their conditions and just know that you do indeed have options. 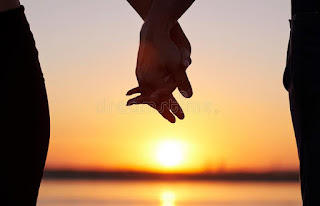