Gotta have a sense of humor

Amy Schneider very politely addresses some of the knuckleheads who watch Jeopardy in a very gracious way (from CBS News):

"Reigning "Jeopardy!" champion Amy Schneider fired back at detractors over the New Year's holiday weekend. Schneider, the first transgender contestant to qualify for the Tournament of Champions, is continuing to break game records and is on a 23-game winning streak.

Most recently, Schneider took the title of highest female earner in game history, and she's currently the highest-ranked female contestant for consecutive games won. Schneider is vocal online about both the support and the negative comments she's received as a transgender woman, and specifically addressed some transphobic comments she received in a post this weekend.

"I'd like to thank all the people who have taken the time, during this busy holiday season, to reach out and explain to me that, actually, I'm a man," she said. "Every single one of you is the first person ever to make that very clever point, which had never once before crossed my mind."

Since beginning her time on the game, Schneider has won $855,600 in regular game play. She is an engineering manager from Oakland, California"

Engineering eh? funny just like me. I was told at the gender clinic they seemed to have an overabundance of people from tech fields :) 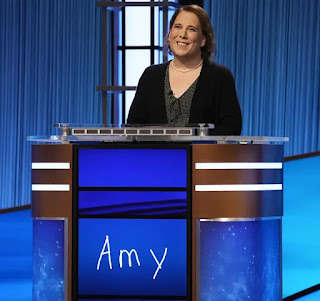