I very much like the concept of a gender core which I remember Felix Conrad writing about a few years back. The idea is that every person has a gender core which is essentially male or female and irrespective of the fact we all possess masculine and feminine attributes, that core determines which of those two will be predominant. Regardless of your birth sex this core would determine your primary identification, albeit I will concede that for most of the population, birth sex and that gender core align relatively well; or at least well enough that there need not be significant dysphoria experienced. Those on the peripheries could, for example, fall into the gender variant or non-binary camps.

When birth sex and the gender core misalign to a significant degree however, something must be done to address it lest the person experience dysphoric feelings. The degree of dysphoria would then dictate a response proportional to the disconnect. It’s an elegant idea with much merit and aligns well with our findings in treating trans people whose varied responses to their gender dysphoria can be mapped reasonably well across a spectrum.

I like it and I’m sticking to it as a philosophical concept :) 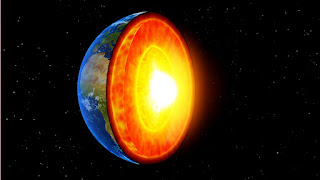