Barry Goldwater once said: "Mark my word, if and when these preachers get control of the party it's going to be a terrible damn problem. Frankly these people frighten me, politics, and governing demand compromise but these Christians believe that they are acting in the name of God so they can't and won't compromise. I know, I’ve tried."

Well, the US is already more than flirting with theocracy (proving Goldwater was prophetic) and for all the criticism it has lain on other countries for being run by clerics, (Iran comes to mind), its own system of government has been polluted by an inability to separate church and state which should send shivers through the spines of all citizens. The Supreme court already having a 6-3 majority of conservatives, seem potentially to threaten to take the country backward. Add to that the issue of being saddled with an electoral college system which disproportionally gives weight to banana republic red states who want to go back to the 19th century and don’t possess a penchant for societal diversity because they are run mostly by disgruntled whites.

There is no simple solution here other than hope that millennials take over as quickly as possible and convert the political landscape. Yes, they will make their own share of errors but at least won’t be as infected with hopelessly backward thinking. They acknowledge climate change is real, tend to believe in science and don’t survive on an exclusive diet of FOX News which seems to be primary choice of whites over 60. 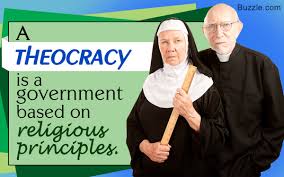