I just finished watching the last episode of Ozark and it was indeed a bumpy but exciting ride. The descent from accidental victims of a Mexican drug cartel to becoming your own force for malfeasance was slow and many chances were had to escape but none taken. Marty and Wendy Byrde are not as caught in the vice grip as much as they would like to think, and once inside that spiral an appetite for power begins to take hold. Wendy in particular sees her escape from a troubled childhood through a climbing into a societal structure that would never have accepted her as a member before.

It is indeed a slippery slope and a must watch. 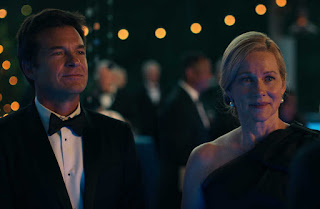