If you look at the polling data on the abortion and gun control issues the American public is not nearly as divided as the politicians are. Most of the country is in favor of some gun control as well as not undoing Roe V Wade. The real problem is that the US is currently under minority rule whereby the combination of the filibuster and the electoral college are conspiring to hold the majority hostage.

This is unfortunate because there is frustration building at the inability to respect the rights of the clear majority of Americans who want to do the right thing. Right wing money being funneled down to reprehensible creatures like Mitch McConnell is helping to advance agendas that are contrary to the best interests of the country. The unfortunate thing is that there seems to be no willingness on the part of that vocal minority to relinquish any power because they see no reason to. 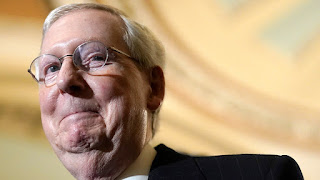