Pets or no pets

I am not a pet owner and have no desire to own one although I do like animals in general. I came upon this response in Quora to the question as to why some people don't ever want to own a pet and liked it because I can relate to many of the points it covers and is written by the young woman with 2 children which puts the response into context:

"I’ve addressed this question a couple times. In a nutshell, There are in fact a number of kind-hearted and compassionate people I know of that can't stand the idea of having a pet. This isn't necessarily due to a lack of empathy or selfishness.

Many people are just brought up in a different culture or environment where the values are different. A lot of people are simply not used to having pets around so the idea of having one around may conflict with other values such as hygiene. Many cultures place a high value on personal and homely cleanliness. Naturally, all pets come with different degrees of smell, waste, and shedding. These kinds of people are unlikely to keep pets because of the mess or germs involved (animals lick things, and they also lick their privates to clean themselves). Some people can’t stand the idea of their pets licking their anus and privates, and then coming to lick them or their children passing on those germs! Animals also spread outside dirt in homes and rip up/damage personal items. Most of these people however do like to admire animals from afar and find them cute or interesting.

The simple fact of not wanting to own a pet isn't reason enough to label someone as self-centered. While it's reasonable to assume animal abusers as evil, non-pet owners should not be harshly judged. Perhaps their living or economic situation doesn't allow it. Maybe they don’t have enough time or responsibility for one. They could have allergies. Maybe they weren't brought up with pets as the norm, and feel uncomfortable when they see them licking everything (including their owners) and making messes. Others hear of incidents such as pet dogs attacking their young children.

A lot of these people are quite compassionate and love kids and babies! They would rather take care of other humans or adopt a child simply because it makes more sense to the non-westernized mind. Humans don't leave surprise poops or ruin a super clean house. Humans (usually) don’t shed hair everywhere and smell better than pets. Take babies for example. babies smell better and are more heartwarming than pets in my opinion.

Another stereotype that many non-Americans are accustomed to hearing about is that many pet owners value animal life over that of humans. They treat them as equals and some even go as far as treating them better than their own kin. Some of them have little compassion or regard when it comes down to other people who are in less fortunate situations. These kinds of people are the ones to usually argue with you that animals have better feelings than human beings. I understand that most everyone meets monsters during there lifetime, but a few instances should not account for all of humanity. If you can't be compassionate towards your own kind, or all life for that matter, you shouldn't consider yourself selfless. Many pet non-keepers view this as contradictory and strange behavior. Like I said, different cultures have different values.

Personally, I've also met selfish pet owners that keep pets as a way of fulfilling their lack of love or to boost their egos. Some people rescue pets out of the goodness of their heart. Others adopt to develop a sense of responsibility or as someone to love. But there are those who keep pets as fighting animals, or as mere tools to use as they see fit" 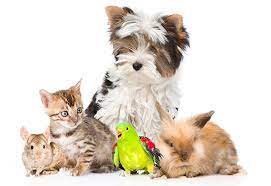