It's 1943 and Operation Mincemeat is a ruse for Hitler. A dead body carrying top secret documents must be cast into the ocean and it must be convincing as a drowning victim such that the Germans believe the British are targeting another location to invade.

It's all very dignified and British and Colin Firth leads a solid cast in a film where world war spy intrigue is overlaid upon human emotions and suppressed romanticism. So there are two levels working here, one of which is the unspoken competition of two men for the affections of one woman.

Very much worth the watch. 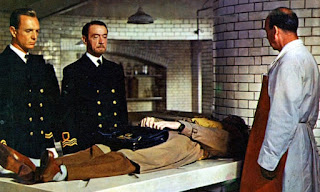