Human insecurity and fear are what drive most of the animosity towards differences and, by my own estimation, approximately half of humanity is effectively intellectually brain dead. This means that they do not delve with any form of subtlety into complex issues but instead prefer simplistic and models of reality which were mostly fashioned by society to keep them subservient and quiet.

At I grew into maturity, this became a stark revelation to me and I was disappointed to see to what extent ignorance and stupidity drives the human animal towards conclusions which are not profoundly analyzed. I have learned that certain minds are so closed there is little point in engaging in discourse and only people who have an openness of spirit which is aligned with a matching intellect can be reasoned with. In those cases I will make the effort to discuss topics with profundity.

When there is an agenda more powerful than rational thought, the mind has effectively been closed and, unless there is an epiphany to counteract, nothing will enter to change it. 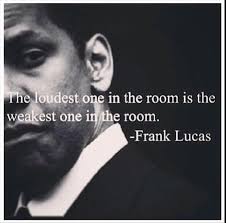